Coconut oil has become what the Atkins Diet was in 2003-2005. Very annoying and over publicized. According to Cosmopolitan, Women’s Health, and pretty much every blogger in the world, it can be used for almost anything.

Want to get rid of cellulite? Use Coconut Oil

Fed up of those wrinkles on your face? You guessed it, Coconut Oil

Hair too short and can’t get a man? Try a bit of Coconut Oil

Feeling sad and depressed? I bet some Coconut Oil will put a smile on your face?

I’ve spent hours researching this, and gone to the ends of the earth and back, all so I could present you with not one, not two, but five things you cannot and shall not use coconut oil for.

Now, some people have said coconut oil is great as a lubricant. But I’ve tried it, and can confirm it is not. And those of you that know me, are fully aware that I am the master of trying sex related things. While pure coconut oil may be natural without preservatives or added ingredients, it can’t be used with latex condoms, it may reduce sperm mobility and it could alter the pH levels in your vagina, so you may want to steer clear of it if you’re trying to get pregnant. It will also stain your bed sheets, your clothes and is not easy to clean up.

To make your bum bigger

Despite the stories you may hear, coconut oil will not turn you from a Becky into a Beyonce. If a guy tells you he wants to rub coconut oil onto your bum because Nairaland said it will make it grow, he is a fuckboy. And probably wants to do to you what the prefix of his descriptor has done to the word boy.

God forbid my parents, younger cousins or future husband ever look at my search history, because the things I had to Google to find the answer to this were shocking. I’m also now receiving these really NSFW, or anywhere else, pop-up ads that may result in me having to throw my laptop in the bin. Again.

If you’ve been on websites with names like: penisenlargement.com or howtogrowyourpenis.co.uk, and you believe what they say, you’re very silly. But as there were some sources proclaiming that coconut oil leads to penis enlargement, I had to consult an online doctor.

He said no in case you’re wondering. I also asked him about Jelqing (Google it) and he replied by saying that anything with such a ridiculous name is bound to be ineffective.

To get rid of STDs

Don’t believe what you read on the internet. Rubbing coconut oil on your genitals or eating it is highly unlikely to get rid of your syphilis, gonorrhea or that raging case of chlamydia you’ve had for months. Pro-coconut oil people will argue that the lauric acid found in the fruit has antiviral, anti-fungal and antibacterial benefits, so I guess it could help with some sort of bacterial infection. However, these are the same people who probably write those virus-inviting One Weird Tip ads, so I would take their Coconut-Oil-For-STDs advice with a pinch of salt. 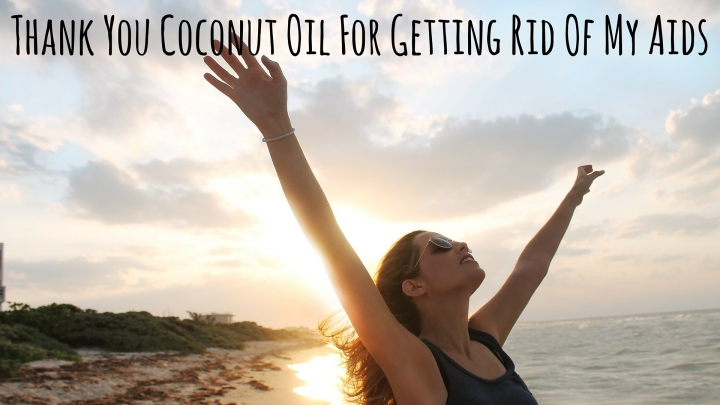 I won’t even justify this with more than 50 words, but would you believe that scientists are spending hours in the lab, running tests on innocent baby rats to find a link between coconut oil and a cure for cancer? When will this madness end?!

This post would have been much longer but unfortunately, coconut oil can be used for most things in the world. Period pains, skin lightening, vagina tightening and even powering cars. So it looks like I have lost this time.

Now excuse me while I jump into a coconut oil filled swimming pool and drown. Unless you have some suggestions to add to my list…

7 thoughts on “When Not to Use Coconut Oil”